“Pay Per Click” (PPC) can sound somewhat contrary to the objective of a business. Naturally most see fit to reduce their expenditure while maximising income; so the concept of paying every time an advertisement gets clicked seems like a sure-fire way to lose money.

Like everything in life, there is much more behind marketing than the basic concept, and PPC campaigns can sometimes be the most lucrative solutions available in online marketing. Possibly the two most well-known paid advertising platforms are Google Ads and Facebook advertising.

Though they once both worked in a similar way, now they are vastly different in how they operate, and how they target potential audience members. Turning a profit using PPC is easy enough to do, so long as you understand its rules.

Striking the balance between a PPC campaign that nets profit and generates revenue is a speciality. In fact, there are many agencies that offer a range of services to do with PPC such as Google Ads packages, and if they’re a legitimate company then they should be transparent about what you’re buying and how it works. However, most people tend to enjoy an understanding of a thing before they go spend money on it, so allow us to enlighten you.

Before 2018, Facebook and Google ads worked on quite a similar system to one another, with both using an “auction” system where the highest bidder with the best quality and content would win the prime real estate on a given web page.

Since then, however, Mark Zuckerberg changed Facebook’s algorithm to prioritise what he refers to as “meaningful interactions.” And now in 2022, with changes to how Apple handled its customer’s privacy, the scene has been shaken up again. 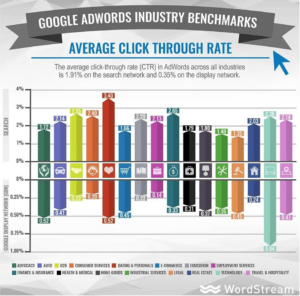 Since PPC involves paying for every click you get, it’s not too far away to consider that the payment entitles you to the top spot in the SERPs (Search Engine Results Pages). The process for top billing is actually far more involved. However, it doesn’t take too long to figure out why this method wouldn’t work. There are hundreds, if not thousands of companies in just about every industry, and most of them are using some form of PPC.

That’s a lot of potential ads to place in a limited number of spots. What would determine which company goes where when several companies pay the same amount for their campaign?

This is why Google’s auction system is highly sophisticated and effective, for both the client and the audience. Google doesn’t only take into account how much money a client has bid for their place in the SERPs, but the quality of the website and its content too.

This means that companies with a relatively small budget for bids, but a large budget for content production and quality can outrank a company that can plunge cash into an initial bid, but whose content falls short of customer requirements.

This equation of quality+bid=win means that Google Ads provides a fairly level playing field. It’s easy to see why ads consistently win or lose top real estate in the SERPs, and so strategies can be adjusted in real-time to account for these shortcomings.

In 2018, Mark Zuckerberg changed the way Facebook ads worked. The algorithm that previously ran Facebook’s advertising space was changed from an auction system akin to that of Google to a system prioritising audience engagement.

Engagement happens when a member of your target demographic interacts with your content or website. For example, engagement on a YouTube video doesn’t happen until an audience member comments on, likes/dislikes a video, or subscribes to the publisher’s channel, rather than simply watching the video. The importance of this is that it doesn’t matter if you have 100 customers if only 9 are repeatedly buying from and promoting your brand.

This means that Facebook ads are highly targeted and that certain companies’ advertising will be shown only to audience members that regularly engage with a certain kind of content. If you’re active on the pages of gardening companies, it’s more likely you’ll see gardening advertising. If you send a lot of likes to horror content, then you’ll likely receive more advertising to do with horror-based media.

However, in 2018 Facebook had no idea of the changes that would come in 2022. For a long time, Facebook was a reliable platform that offered cheap customer acquisition and was essential to building a brand. But in March 2022, Facebook ended up losing about $200 billion worth of stock value, due to innovation by Apple.

The tech giant’s new iPhone rolled out with a feature that allowed users to block websites and social media from tracking their user data. It actually went one step further, it prevented the websites from even asking for the customer’s permission to track. In other words, you know how you visit a new site and it says “this website uses cookies blah blah blah” and then you click “allow”? Yeah, Apple made a button that stopped that from happening.

The new feature was a hit. Over 80% of Apple users switched the feature on, and since Facebook was primarily using cookies to target its ads, they lost billions of dollars in ad revenue - a figure that makes up 97% of their income.

Suddenly, Facebook’s customer acquisition went from $4-$8 USD per customer to $100+.

Needless to say, Facebook’s newfound inability to track cookies yielded devastating results for Meta, with most of the small businesses that once relied on their ads, now switching to the platforms of their competitors. Google is seeing particular success, as Google Ads track queries, rather than people’s activity.

All Meta can do is funnel resources into its Facebook Reels platform and hope that it’s able to keep it afloat.

Which Horse for Which Course?

Both Facebook and Google offer viable choices for a paid advertising campaign, but the way their algorithms decide who gets put where makes them inherently better and worse at different things. This is where the real distinction between Google Ads and Facebook Ads comes into play - what purpose they serve in a campaign.

Google uses its quality scoring auction method to place companies in a fair spot within the SERPs. This means that an ad is far more likely to pop up during Google searches when the customer is most likely to be at the buying phase of the user journey. This means that Google Ads are a terrific method of increasing conversion rates and sales.

Facebook, however, uses its advertising to target people based on interest and engagement. In other words, while it’s not particularly good at making sales, it is a brilliant tool for introducing your brand to the relevant audience. Generating a customer base like this is how you introduce yourself to people, expand your clientele, generate backlinks to your site, and put your business in the best position possible to make revenue over time.

There is also a precedent set by the intention of the client. Google, much like its ads, tends to attract people that are looking very specifically for a particular product or service they want. It’s not a particularly exploratory search platform, but very direct and targeted. However, ads on Facebook are generally found rather than sought out. When people are on Facebook, they’re generally browsing (or “scrolling”) and not looking out for anything in particular. Social media is a time sink that’s been monetised through selling advertising space, and as a result, their metrics and scores tend to be less direct - but very effective at building audiences gradually. 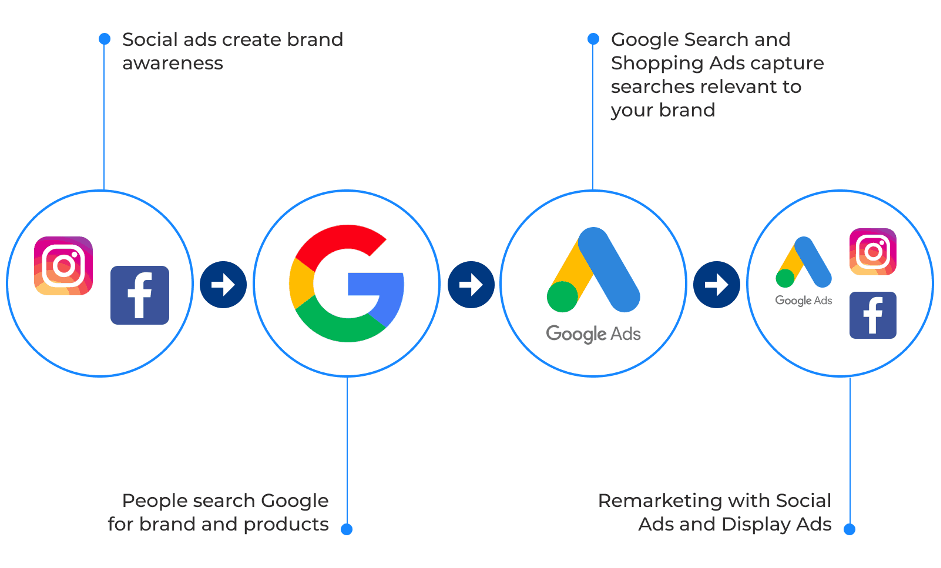 There are a lot of things to consider when you engage in PPC. “Do I have the budget for this?” needs to be the first question you ask yourself, and if the answer is “yes” you need to decide how much of that budget will go to your bid, and how much to content. Then you need to consider where you are as a business. Bigger industry names can afford to dive right into the Google Auction and have their ads displayed in the SERPs, while younger brands that are yet to build a reliable audience may require the exposure that only Facebook Advertising can generate.

Shahid Shahmiri is a digital marketer by profession. He helps online businesses to grow with smart marketing tactics to achieve better sales and leads. He is passionately focused and driven to grow businesses online and can manage the marketing and lead generation process with proven tactics and experiments. Shahid is accountable for analyzing marketing, SEO, growth and dealing with all promotional and media channels.

Some suggestions for improving your existing membership application form or creating a new one!

The purpose of an application form is to request information from a person or business.